Ok, so firstly I know it’s been quite some time since I last posted but in my defence the last few months have been mental busy. I moved into a new apartment with my partner and then proposed to her so she is now my fiancee 🙂 and, my normal day job has also been pretty wild so finding time to sit and write has been difficult. But as I’m now having a lazy weekend I thought I might write a quick post on my experience of seeing the legendary Hans Zimmer live this week.

I’ve already written a post on Hans and my love for the Gladiator soundtrack but for a long time Hans Zimmer has been an inspiration to me and to get to see him live was truly amazing.

It started on Sunday night last week when my fiancee saw an ad in the paper for his show at Wembley Arena that week, and she suggested we should see if we could get tickets as she’s a fan of his work too. I had a quick look not holding out any hope as it was so late in the day but lo! There were two tickets in block B on the arena floor, I snatched them up straight away and once confirmed the excitement started to build.

When we arrived at the arena on Wednesday we took our seats (which were great) and waited for the 8pm kick off time. What happened next still seems like a bit of dream as we were treated to two and half hours of pure musical brilliance. I can’t say what my highlight was as there were so many, but below is a list of some of the films he played cues from:

I read in the programme that Hans suffers from very bad stage fright but you would never know it as he was talking to the audience about his work, life and love of music. He paid special tribute to the late greats Tony Scott and Heath Ledger as well as those people who lots their live in the senseless tragedy at Aurora.

I must mention though that while the man himself was awesome so was his brilliant band who looked like they were having a great time, the orchestra and the Crouch End choir where also epic and added so much to the performance. It was pretty cool to see Johnny Marr rocking out to 🙂

I’m going to do another post on something that Hans wrote in the programme about how music is more important than ever in these turbulent times but before I sign off I just wanted to say, thank you Hans, thank you for the music, the passion and over coming your stage fright to share your talent with us. 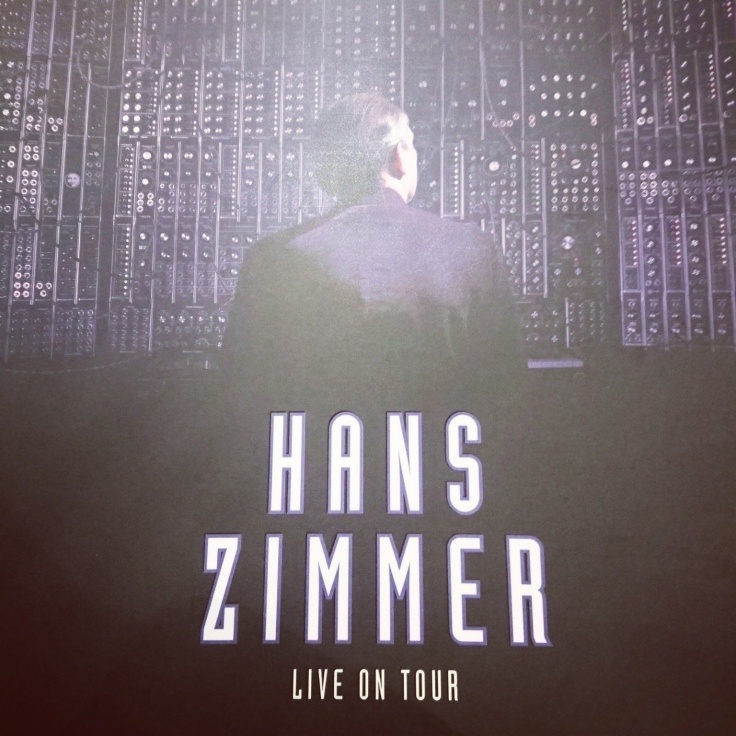