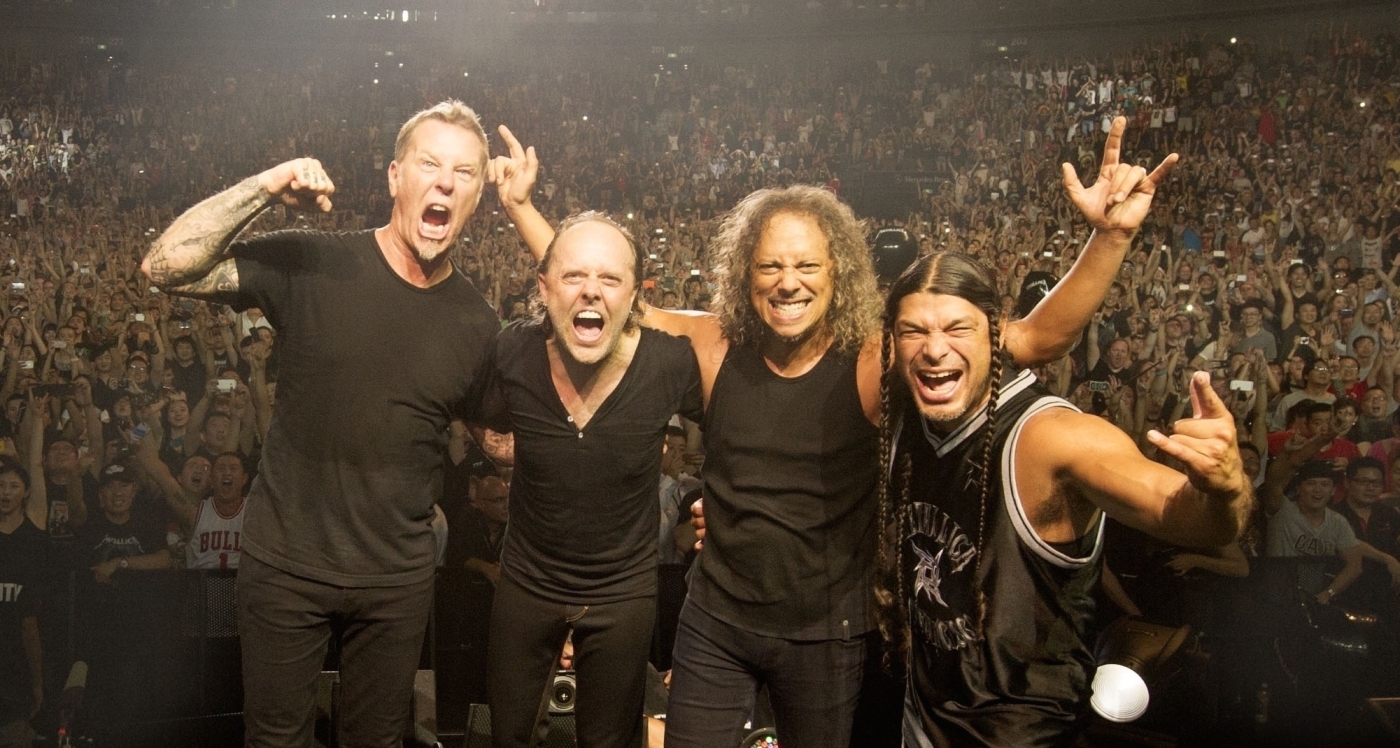 Well it was 8 years in the waiting but as mentioned in my last post it’s finally here, Metallica’s brand new album Hardwired… To Self-Destruct. I’m going to to review each track individually in separate posts as I think that just makes it more manageable for myself!

So before I start on the album opener Hardwired to Self-Destruct I just want to give a few thoughts on the album as a whole piece of music. Now I warn you I may be slightly biased here and for that I don’t apologise.

As a cohesive piece of work I think the album is great, yes it is a lot of music, yes there is almost no let up in pacing and yes there are no moments of calm as there have sometimes been on other albums. But, to understand Hardwired… though I think it is important to know that with this album Metallica returned to their older way of making records, i.e James and Lars were the driving forces behind all the music. After a few listens you can certainly tell that this is the work of a couple of focused minds, the riffs are James riffs, chunky, with groove and a particular power that only he pulls off. The structures and arrangements which is usually Lars domain are clean and follow a certain path, again you could perhaps level the word “predictable” as I have seen a few reviews say but to me this familiar structure is what makes Metallica, well Metallica. I often wonder and it’s question I’ve always been interested in knowing the answer to, does James find it more difficult to write lyrics for songs and riffs that aren’t his? Anyway I digress, lyrically the album certainly has a theme too, a very human focused theme and I won’t dwell on them here as I’ll discuss lyric themes in each tracks review.

On the whole then I do think that the duel writing/arrangement team of James and Lars benefited the record, there are few bands where all members are songwriters and who can write solid tracks or stone cold hits. Actually as a side note I watched a programme on British rockers Queen last night and there is an example of a band which was a full songwriting democracy, where all members did write classics! Metallica however aren’t really a democracy and never have been, though that should not be seen as a negative as if all four of them had a domineering or controlling personality I don’t think they’d of last over 30 years.

I read an interview with Kirk in Metal Hammer magazine where he states that it was a “bitter pill to swallow” that he didn’t do any writing on this record. I can imagine that for such a creative person it really was, but as a fan the silver lining from this is that Kirk sounds better than he has done in the last 20 years. That’s not to say he’s sounded bad because he hasn’t it’s just on this record he sounds like a man on a mission and comes across as rejuvenated which for me is great to hear.

Rob still seems like he’s living the dream and let’s be honest he has absolutely nothing to prove. He’s bass monster, has played with some of the biggest names in Metal music and is there to do what he loves. I tell you it made me so happy to hear that bass break in Spit Out The Bone, if there is one thing I would like to hear more of it’s Metallica letting Rob shine a bit more, yeh bass is the backbone of a song it’s the driving force but I’d be a happy man if we had a few more of those unexpected bass moments!

So there we have it, just some brief thoughts and an overview on the album before the serious business starts, remember these are my opinions and thoughts. I’m not trying to be a proper critic here, just honest.

Oh one final note actually, this album is sonically speaking kick ass! Kudos to Greg Fidelman for helping the band make a killer sounding record with no distortion on the tracks 😉

One thought on “Hardwired… To Self-Destruct my review. Part 1 Album Overview”