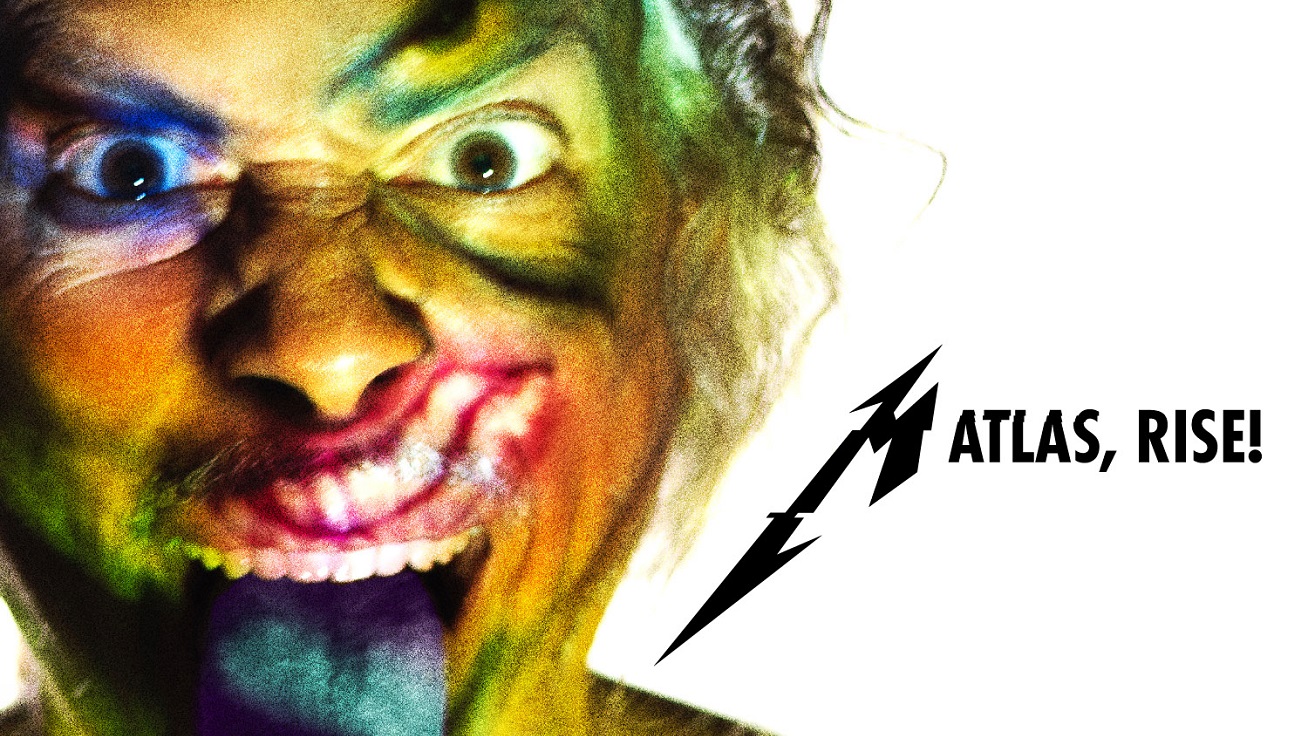 Sorry it’s been a few weeks since the last post, work has been mental!

So, onto Atlas, Rise!, track number 2 on Metallica’s Hardwired to Self-Destruct. This track I’ll admit, didn’t really catch my attention to begin with and it certainly didn’t get the repeat plays that Hardwired and Moth Into Flame got when I downloaded those singles. When I think back now to why it didn’t strike a chord (thinks)… it was the intro riff and verse riffs, they didn’t hit me with anything, there wasn’t the brutality of Hardwired, or the smack in the face swagger of Month Into Flame.

The whole introduction and first couple of verses just put me off, I felt like I heard them before and, I still think this song sounds like a Death Magnetic off cut albeit better mixed. How do I feel about it now, after 100’s of listens to the album? Well I’ll admit, it’s grown on me and it’s not my least favourite track on the record (you’ll have to wait to find out which one that is) and I think after watching it live a few times it’s a song that translates better live than on record.

So musically the song for me isn’t an instant classic and, though it’s been said a lot already there is no doubt that the middle section guitar harmonies are undeniably Iron Maidenish in their sound and composition. Nothing wrong with that of course, I mean if you’re going to look for inspiration in great guitar harmony work you can’t do much better than Maiden, well maybe Thin Lizzy as well 😊

Solo wise Kirk does a good job on this one but it certainly is as stand out as some of his other cuts on the album.

Where I think Atlas, Rise! really excels though is the lyrics. Borrowing from the story of Atlas the Greek Titan who was cursed to hold up the world on his shoulders, the song is about the carrying and eventual sharing of burden. The shouldering of heavy burdens (metaphorically speaking) is something I can imagine James is acutely aware of and, it would not surprise me if this song was in some way a cathartic look at his own past. A past off shouldering responsibility, having the need for control and not trusting enough to share the load. The cool thing is though, that these ideas and thoughts can be understood by pretty much anyone, I know I’ve had issues in the past sharing the load, carrying my burdens around and feeling a bit like a martyr in the process. Burden is a universal thing and so is the dealing with it so in that way Atlas, Rise! is pretty darn cool song.

2 thoughts on “Hardwired to Self-Destruct, track by track – 02. Atlas, Rise!”